Kingston playwright thinks new and improved production is ‘better than ever’ 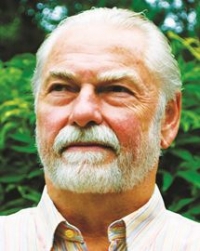 For local playwright Douglas Bowie, a play is never really complete or perfect; after 30 years of writing for both television and the stage, Bowie still finds himself tweaking his work, even work he completed almost 25 years ago. An example of this tweaking can be seen in the upcoming King’s Town Players production of Bowie’s The Noble Pursuit, a play that was originally written in 1991.

“Plays are flexible and each time they are done, if you chose to, you can get another kick at the can,” explained Bowie. “It never is perfect, but you can make it better and play around with it. I’ve done some substantial rewrites of this play in recent years and even for this production I have rewritten and added some new scenes.”

The Noble Pursuit was Bowie’s first full-length play. It was originally staged at the Thousand Islands Playhouse in 1991 and he wrote it after years of writing dramas and historical dramas for television. The play is a comedy, which was a bit of a change for Bowie, but one that he didn’t really think about.

“When I got more into writing plays I found comedy and I’m not really sure how that happened,” he said. “In terms of writing I have no preference, but in terms of response it is more fun to sit in an audience for a comedy than a drama. You can better gage the response of the audience with a comedy because they are either laughing or they aren’t and with a drama I can’t tell if the audience is paying attention or falling asleep.”

He hopes audiences will not fall asleep during this upcoming production of The Noble Pursuit and he hopes that changes he’s made in terms of jokes and updating are well received.

“The play is set in the world of Can Lit and there were jokes in it about Mordecai Richler who is no longer with us, so those aren’t really funny anymore. I had to do some updating and rewriting to work with that. The play really is, I think, better than ever.”

The play tells the story of Noble Harmsworth, who believes he is on the verge of becoming the first Canadian winner of the Nobel Prize for literature, but he runs into a bit of trouble and encounters some interesting people on his hopeful road to success.

“There is a big secret in the middle of the play and I think that makes it very intriguing,” added Bowie. “I still have people tell me that this was their favourite of all my plays and that makes me wonder what was wrong with all the plays I’ve written since then, but I guess that is a compliment for me and the play itself.”

“I’ve been to a few rehearsals and I was in auditions with Mike (Catlin, the director) and we did the casting together and I think we have a great group. The play is fun and it will give people something to think about and it will also give them a few laughs.”

The Kings Town Players production of The Noble Pursuit runs March 18-21 and 25-28 at the Domino Theatre. Shows begin at 8 p.m. and tickets are available at www.kingstonboxoffice.com
Last modified on Thursday, 28 May 2015 23:49
Tweet
Published in Media
More in this category: « New stage in troupe's future New King’s Town Players production looks at the lighter side of feminism »
back to top