An Evening of Coarse Acting 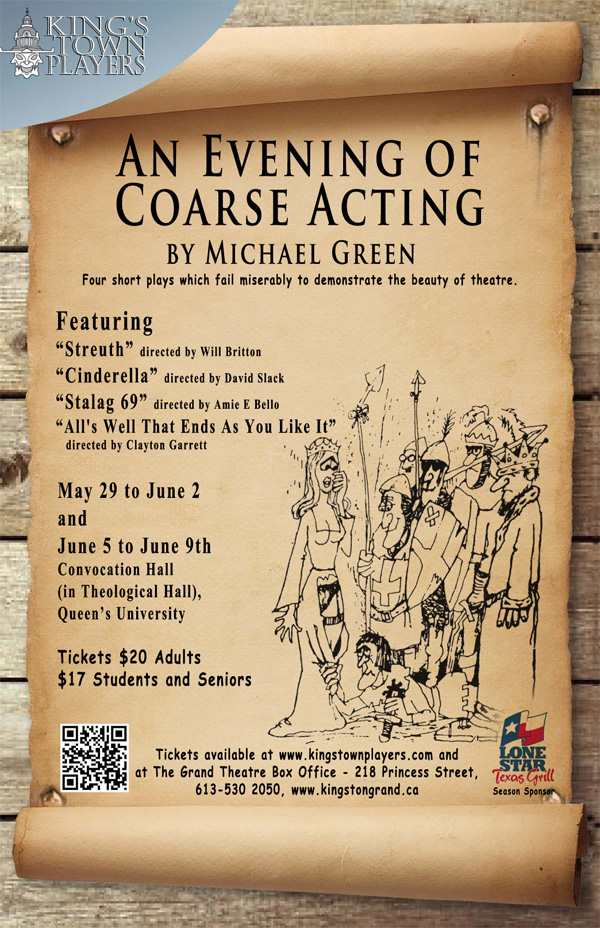 May 29 to June 9, 2012
Convocation Hall (in Theological Hall), Queen’s University

Four short plays which fail miserably to demonstrate the beauty of theatre.

Coarse acting, by definition, is a “spoof on bad amateur dramatics” parodying clichés, every kind of misplaced dramatic performance and theatrical disaster. These four one-act plays, each with its own mix of disaster and hilarity, will be directed by the directors of the first four shows of our season and will be given Michael Green’s coarse acting treatment, resulting in a masterfully chaotic evening in which everything that can go wrong on stage does so. This final production of the season is guaranteed to please audiences with an evening of fun and laughter.

Confusion reigns, but the show must go on…

None at this time.