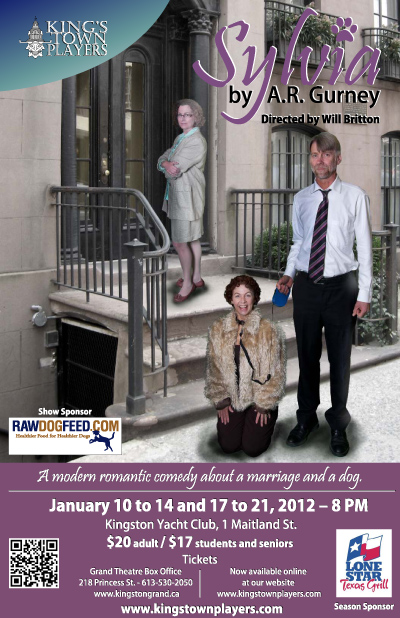 A Comedy by A.R. Gurney
Directed by Will Britton

A modern romantic comedy about a marriage and a dog.

“Dramatic literature is stuffed with memorable love scenes, but none is as immediately delicious and dizzy as the one that begins the redeeming affair in A.R. Gurney’s comedy, Sylvia…” – NY Times

“I can only call it one of the most involving, beautiful, funny, touching and profound plays I have ever seen…” – NY Daily News

“Gurney’s mad comedy is the most endearing good time to trot down the pike in many a moon. Howlingly funny…” – BackStage

** Please note that this show does contain some strong language (but then again what can you expect from a stray dog). **

There were also articles about Sylvia in Kingston newspapers: