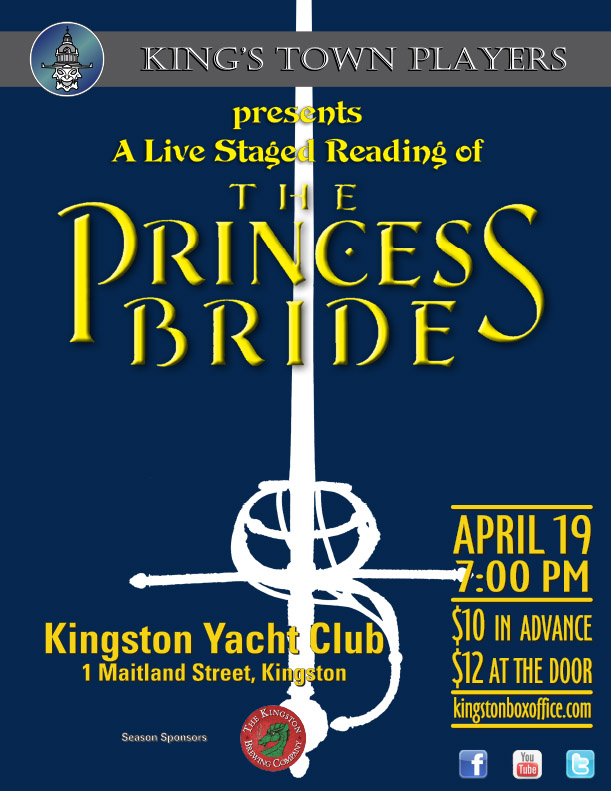 Based on the novel by William Goldman

This beloved classic fairytale begins with a grandfather reading his favorite book "The Princess Bride" to his hard-to-impress grandson. This book, he promises, has everything - "Fencing. Fighting. Torture. Revenge. Giants. Monsters. Chases. Escapes. True love. Miracles." - and all that he promised comes to life before the boy’s enchanted eyes as his grandfather reads him the adventures of Buttercup, the most beautiful woman in the world, and Westley, the man she loves.

The Princess Bride: A Live Staged Reading is based on the acclaimed movie written by William Goldman and directed by Rob Reiner.