HP Lovecraft's The Colour Out of Space 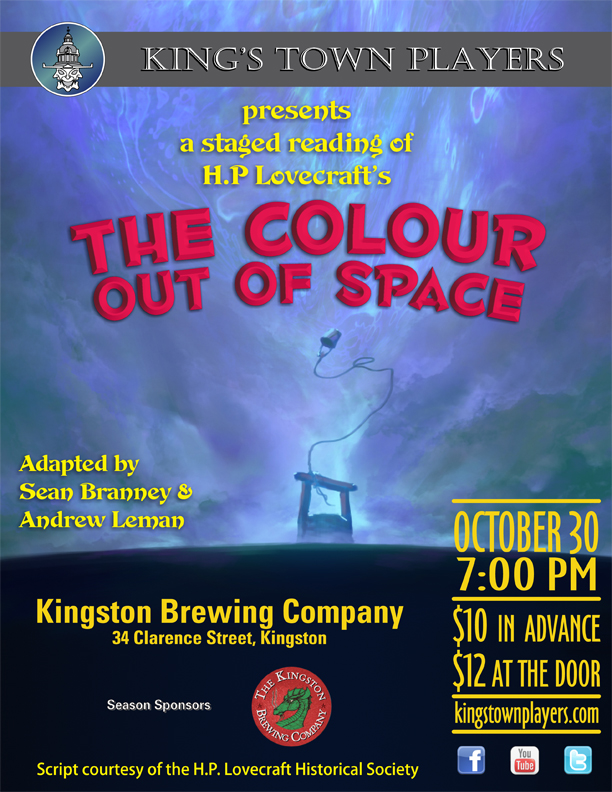 The Colour Out of Space

Based on the story by HP Lovecraft

The Colour Out of Space brings Lovecraft's tale to life as it might have been adapted for radio in the 1930s. In the style of The War of the Worlds, The Shadow and other classic vintage radio plays, the H.P. Lovecraft Historical Society dramatizes HP Lovecraft's story with a cast of actors and exciting sound effects.

The impact of a meteorite on a remote Massachusetts farm unleashes a strange and disturbing series of events. Before men of science from Miskatonic University can determine what it is, the space rock apparently evaporates. But terrible changes overtake the farm and its inhabitants, propelling them on a horrific course of desolation, madness, and death. The sole witness to the event unwinds a chilling and disturbing tale of cosmic horror. On many occasions, Lovecraft described this story as his favorite of his tales.